As Coronavirus takes over our daily lives, the Federal and State Government release statements, information and business loans. We wait to hear final approval from the Senate for the proposed FMLA temporary updates for the Coronavirus Relief Bill and will update you here as soon as it passes.

Every industry is drowning in HR questions and our HR Advisors are prepared for every one of yours. Our online training keeps your employees learning and engaged remotely. We are ready to help you navigate during this crisis and all year long, for only $99 a month. 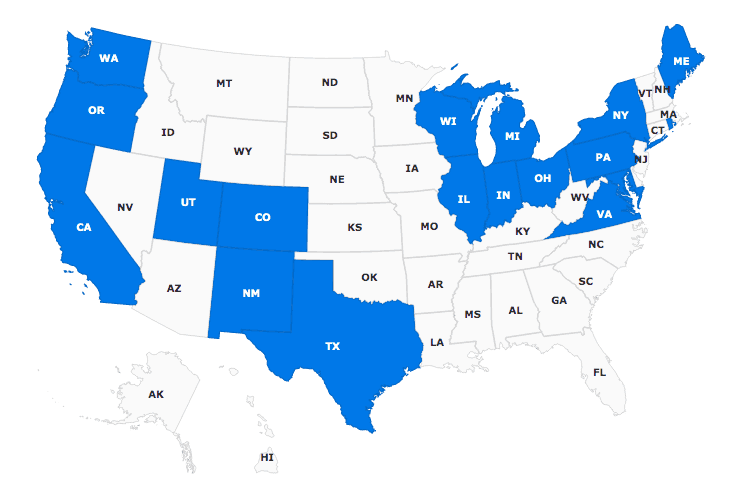 "Now is the time to focus on your business, your employees and your future. This crisis will end and those businesses left standing will be stronger for it."

Specific States and Territories are offering low interest business loans. These locations are expanding, continue to check back if your area isn’t listed yet.

The U.S. Small Business Administration (SBA) is offering designated states and territories low-interest federal disaster loans for working capital to small businesses suffering substantial economic injury as a result of the Coronavirus (COVID-19). Upon a request received from a state’s or territory’s Governor, SBA will issue under its own authority, as provided by the Coronavirus Preparedness and Response Supplemental Appropriations Act that was recently signed by the President, an Economic Injury Disaster Loan declaration.

On March 11, 2020, the Internal Revenue Service (IRS) released Notice 2020-15 for high deductible health plans and expenses related to 2019 novel coronavirus (COVID-19) stating that, until further guidance is released, a health plan that otherwise satisfies the requirements of a high deductible health plan (HDHP) under I.R.C. § 223(c)(2)(A) will not fail to be an HDHP merely because it provides health benefits associated with testing for and treatment of COVID-19 without a deductible, or with a deductible below the minimum deductible (self only or family) for an HDHP. Therefore, an individual covered by the HDHP will not be disqualified from being an eligible individual under § 223(c)(1) who may make tax-favored contributions to a health savings account (HSA).

In response to the COVID-19 (coronavirus) outbreak, the U.S. Centers for Disease Control (CDC) issued:

The CDC has also created the following posters for download:

Additionally, the U.S. Occupational Safety and Health Administration (OSHA) has created a COVID-19 website for workers and employers addressing the disease, providing guidance, and other resources for preventing exposure to and infection with the virus. We recommend that employers review the CDC and OSHA websites frequently, as the COVID-19 outbreak continues to develop.

Read more on the CDC.

The Office for Civil Rights (OCR) at the U.S. Department of Health and Human Services (HHS) released a bulletin to ensure awareness of the ways that patient information may be shared under the HIPAA Privacy Rule.

In February 2020, the Office for Civil Rights (OCR) at the U.S. Department of Health and Human Services (HHS) released a bulletin to ensure that Heath Insurance Portability and Accountability Act (HIPAA) covered entities, and their business associates, are aware of the ways that patient information may be shared under the HIPAA Privacy Rule in an outbreak of infectious disease or other emergency situation. The bulletin also reminds covered entities that the protections of the Privacy Rule are not set aside during an emergency and discusses the following HIPAA topics:

The bulletin also provides links to the following resources:

General information on understanding the HIPAA Privacy Rule may be found at: https://www.hhs.gov/hipaa/for-professionals/privacy/index.html

For information regarding how Federal civil rights laws apply in an emergency, please visit: https://www.hhs.gov/civil-rights/for-individuals/special-topics/emergencypreparedness/index.html

Under ERISA, plan fiduciaries’ (which include plan trustees, plan administrators, and members of a plan’s investment committee) primary responsibilities are to run the plan solely in the interest of participants and beneficiaries and for the exclusive purpose of providing benefits and paying plan expenses. Fiduciaries must also act prudently and must diversify the plan’s investments in order to minimize the risk of large losses. For beneficiaries, ERISA requires that they bring a lawsuit against a plan fiduciary for imprudent investments within six years; however, if the beneficiary has “actual knowledge” of the imprudent investments, then the suit must commence within three years of gaining that knowledge.

In this case, Christopher Sulyma was an Intel Corporation employee from 2010 to 2012 who sued the corporation in October 2015 claiming it violated ERISA by investing large portions of plan assets in imprudent investments, resulting in significant losses for plan participants. However, Sulyma filed his case more than three years after the administrators disclosed their investment decisions to him, so the administrators argued his claim was untimely. Although the claim was filed within six years of the alleged breaches, it was more than three years after petitioners had disclosed their investment decisions to Sulyma and thus he had actual knowledge and missed the deadline to file his suit; therefore, Intel argued there should be no suit (it was untimely).

The court held that Sulyma did not have actual knowledge of the imprudent investments triggering the three-year shortened timeframe to bring a lawsuit. The court detailed that although Sulyma visited the website that hosted the disclosures many times during his employment, he testified that he did not remember reviewing the relevant disclosures and that he was unaware of the allegedly imprudent investments while working at Intel. The court went on to clarify that, “[i]f a plaintiff is not aware of a fact, he does not have ‘actual knowledge’ of that fact however close at hand the fact might be . . .” and “As presently written [ERISA] requires more than evidence of disclosure alone. That all relevant information was disclosed to the plaintiff is no doubt relevant in judging whether he gained knowledge of that information. [But to meet ERISA’s] ‘actual knowledge’ requirement . . . the plaintiff must in fact have become aware of that information.” In other words, SCOTUS held that Sulyma could have known about the investments from the disclosures, but according to his testimony he did not and therefore did not file his lawsuit too late.

Those that meet any of the following criteria are not required to submit their information for the Occupational Safety and Health Administration (OSHA) Form 300A data.

The deadline for electronically reporting the Occupational Safety and Health Administration (OSHA) Form 300A data for calendar year 2019 was March 2, 2020. However, not all establishments need to submit their OSHA 300A Data. For example, those that meet any of the following criteria are not required to submit their information:

Note, these criteria apply at the establishment level, not to the company as a whole. 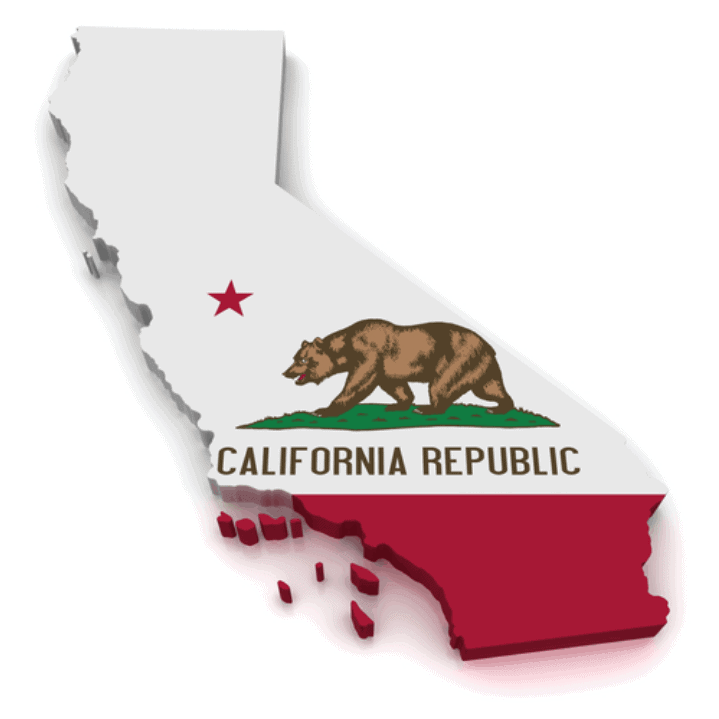 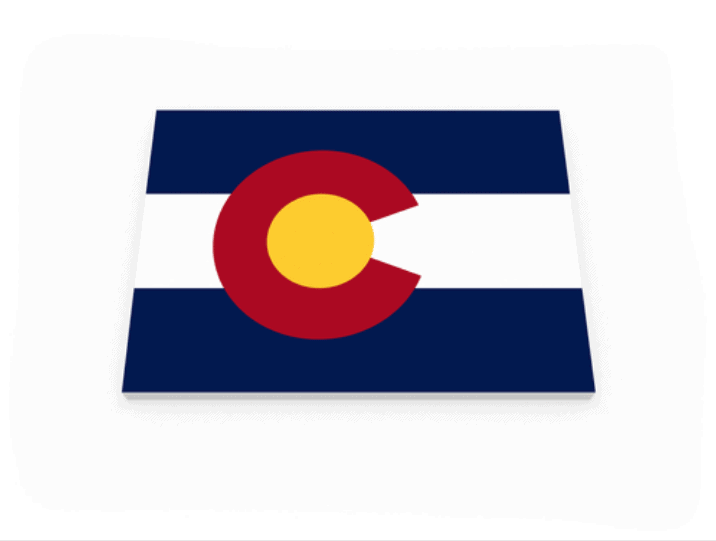 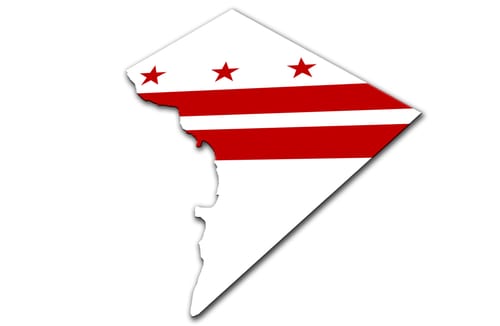 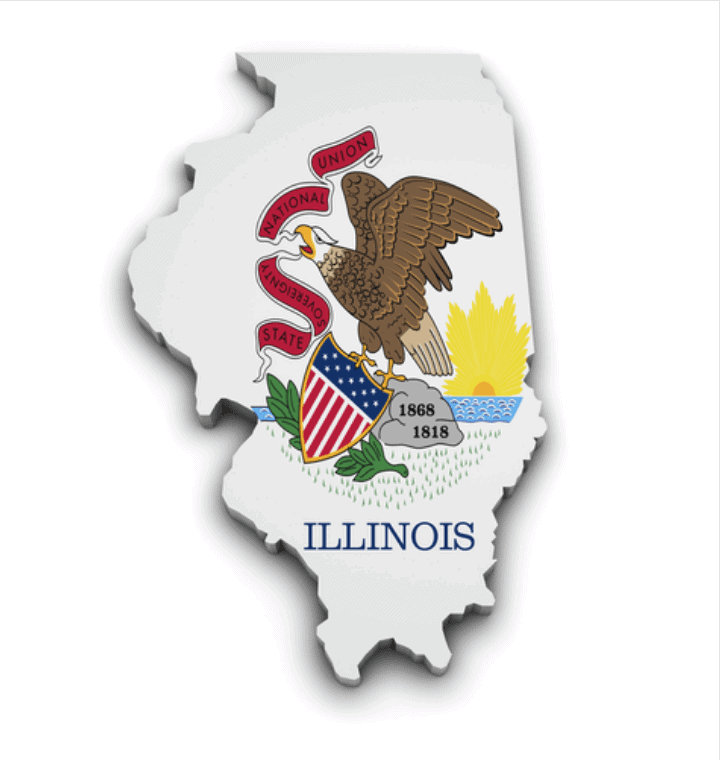 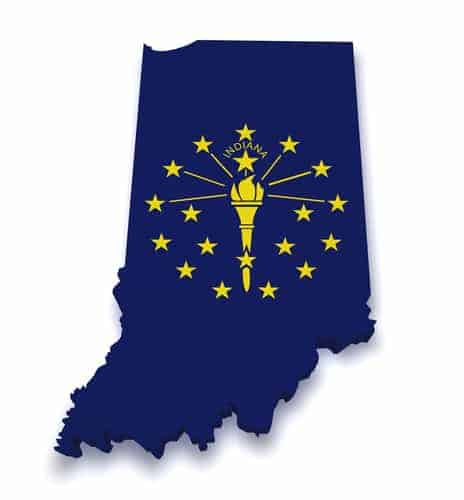 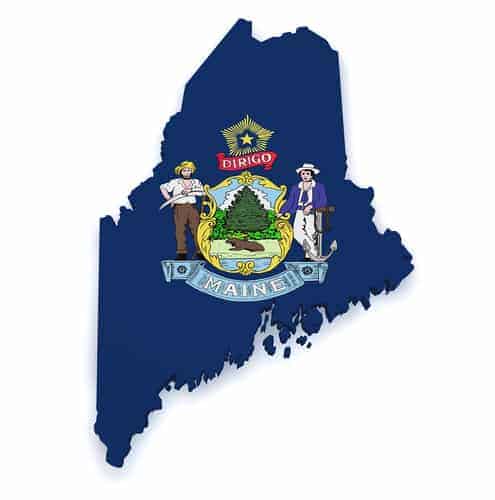 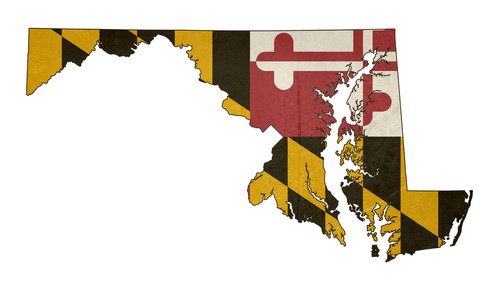 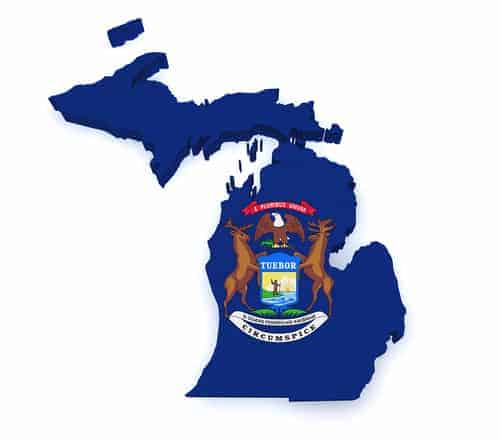 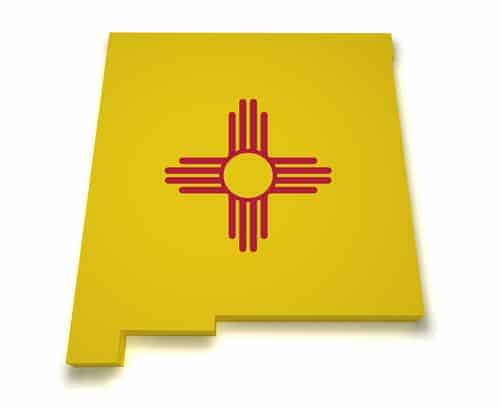 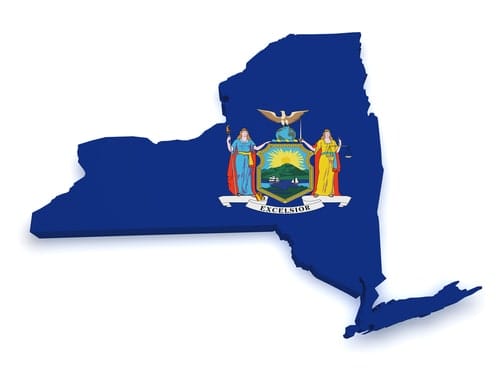 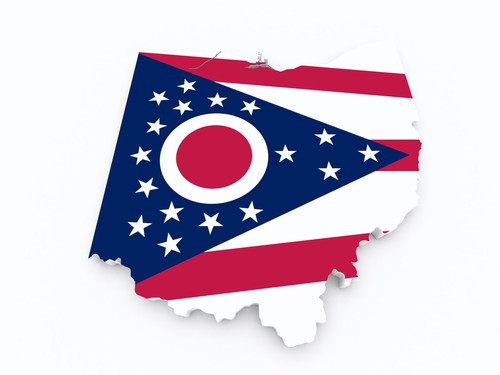 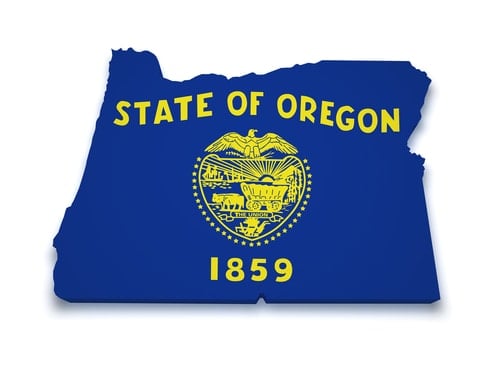 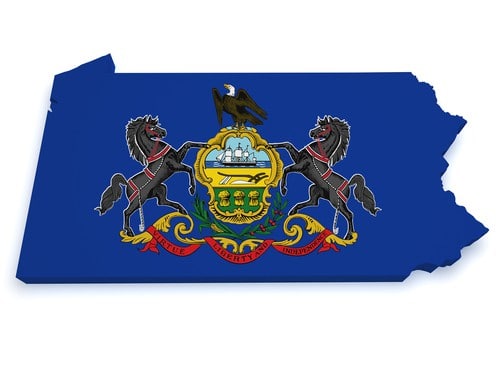 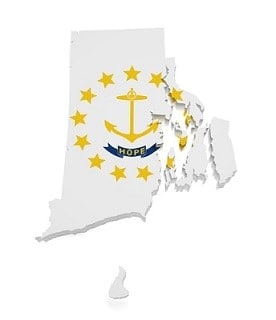 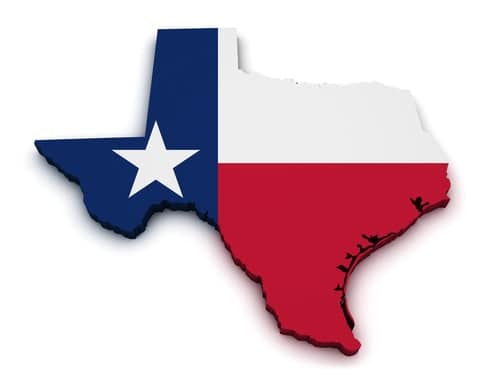 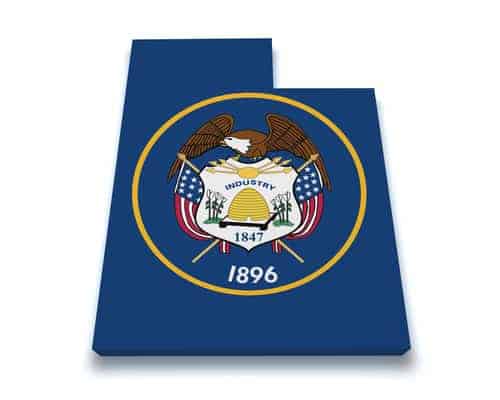 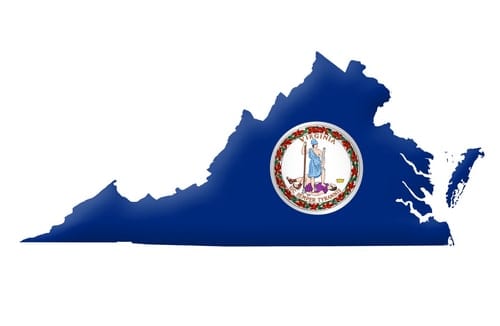 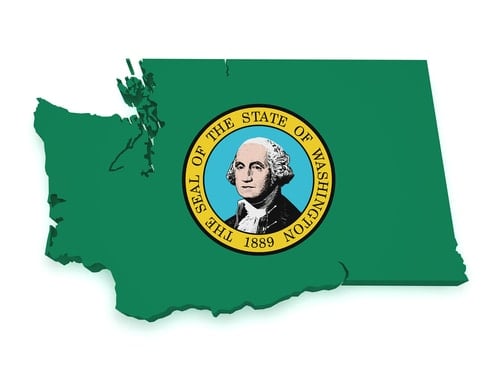 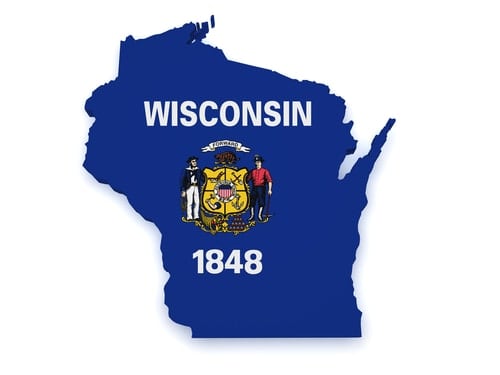 Compliance can weigh down even the most experienced professionals. Our tryHRIS HR Advisors, one click compliance Handbook ,Compliance Database, HR Tools and Employee Training are ready to help navigate HR all year long. All for less than a latte a day.

The Rewards of Trust and How to Get Them

https://allmyhr.com/wp-content/uploads/2022/01/header-trust-2.mp4 Why do people stop trusting in one another? And what happens to a team when trust disappears? To answer these questions, let’s start with

Creating a Safe and Fulfilling Workplace for Another Challenging Year

As we enter the new year, the risks of COVID-19 may recede, but the trauma, pain, and disruptions of these past two years will still