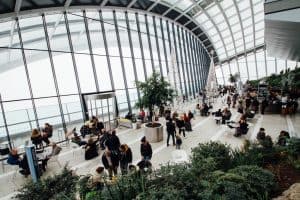 Compliance can be simplified and we’ll prove it. Contact us to learn more & schedule a complimentary consultation with our HR Advisors.

No employee who falls within one or more protected class may be paid a lesser wage than another, on the basis of the employee’s protected status, in the same establishment for:

The bona fide factor exception does not apply when the employee demonstrates:

Under the new law employers may not:

Applicants or current employees may voluntarily, and without prompting, disclose or verify their wage or salary history to negotiate their wage, salary, etc.

An employer may only confirm wage or salary history if:

NY Civil Practice Law, which prohibits “any clause or provision in any contract which requires as a condition of the enforcement of the contract (or obtaining remedies under the contract) that the parties submit to mandatory arbitration to resolve any allegation or claim of an unlawful discriminatory practice of sexual harassment.”

In Latif, the only dispute between the parties was whether the plaintiff-employee’s sexual harassment claims were subject to the terms of the mutually entered arbitration agreement in light of § 7515. Subsequently, the defendant-employer’s motion to compel arbitration was granted.

The decision also mentioned in a footnote that, “on June 19, 2019, the New York legislature passed SB6577/AB8421, which would amend § 7515 to change the definition of ‘prohibited clause’ and ‘mandatory arbitration clause’ to encompass mandatory arbitration of claims of discrimination generally, rather than specifically of sexual harassment. For the same reasons described above, § 7515 as so amended would not provide a defense to the enforcement of the arbitration agreement” and may prove to be unenforceable.

If these law alerts have you a bit overwhelmed and you find you have more questions than answers, our advisors can help your company navigate every new change, requirement, legislation, law and regulation. Give us a call to see how we can help streamline HR for professionals or office managers.

Send Us A Message